More Options
This website requires cookies to work. Your browser is blocking cookies and so you will be unable to register or login. Learn how to enable cookies
The boat featured is not currently for sale by Boatshed. The boat information and images presented are part of Boatshed’s back catalogue of the 25,000+ boats we have listed in the last 20 years and appear here for general information and guidance purposes about Boatshed and our boat selling systems and services

One Owner Since Launch

The boat featured is not currently for sale by Boatshed. The boat information and images presented are part of Boatshed’s back catalogue of the 25,000+ boats we have listed in the last 20 years and appear here for general information and guidance purposes about Boatshed and our boat selling systems and services 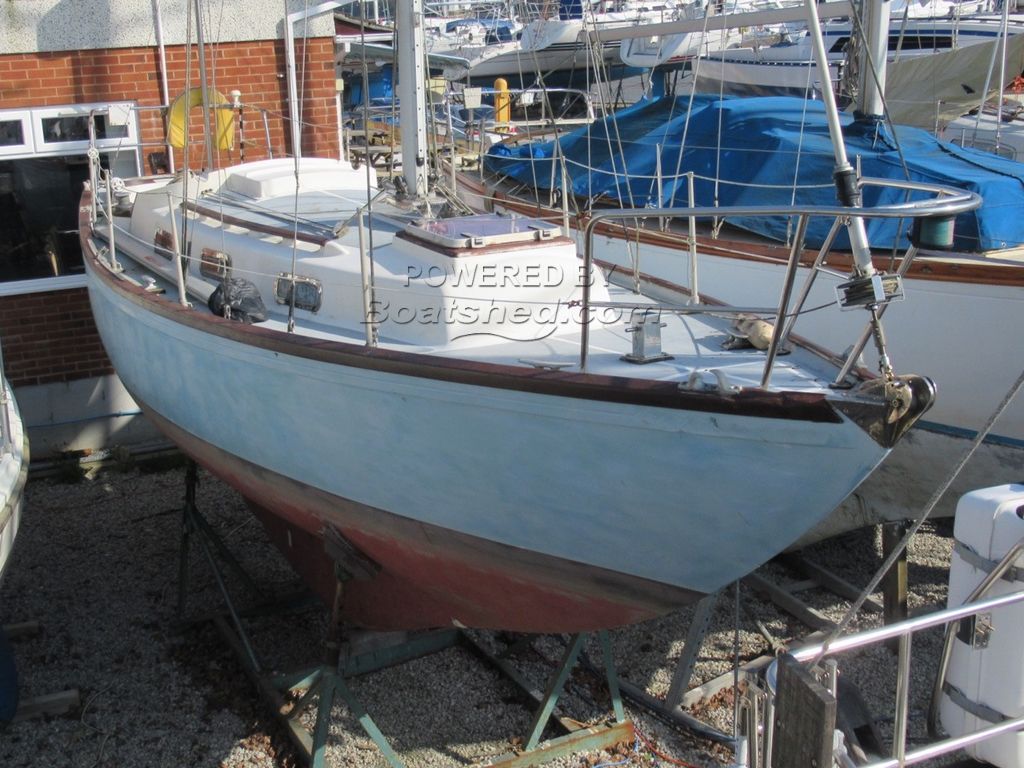 If you're looking for a strong, speedy 28 footer, that will not only keep you safe in all sorts of sea states but will also be easy to sail & easy on the eye too, then look no further.

The Twister Mk II, with GRP hull and topsides, was built to last, designed to win races and is an excellent sea boat.

This example has been in the same ownership, and well cared for, since she was competed then launched in 1986. The Beta 20 engine, which was fitted in 2009 on new engine beds, has less than 500 hours on it. It also has the advantage an uprated alternator and Beta belt modification.

Although snug by modern standards, the accommodation is well designed. It has berths for 5 fitted with lee cloths and a galley with double sink & gimballed cooker. The nav table, which can be slid into a storage space over the quarter berth, has a large Garmin plotter/radar display mounted on a swivel, that can be viewed above the Nav table or swung out to be viewed from the helm.

This GRP Twister, with light blue tinged topsides, has a very practical, sturdy and capable feel to it. I believe that she makes for a great all rounder, for quick races, long safe passages and equally good for beginners or seasoned sailors.

This Twister 28 Tyler GRP Hull & Superstructure has been personally photographed and viewed by Billy & Jo Hallam of Boatshed Plymouth. Click here for contact details.
The particulars herein are intended to give a fair description of the vessel but are not guaranteed as accurate. They shall not form part of any offer or contract for the sale of the vessel. The prospective purchaser is recommended to independently check the particulars. The vendor is not selling in the course of a business unless otherwise stated. Personal property is excluded from the sale of the vessel unless specifically included in the listing specifications above or in a Purchase Contract. Personal property may be equipment or gear not permanently attached to the vessel including but not limited to: artwork, entertainment equipment, fishing equipment, TV receivers, recreational equipment, kayaks, tools, and personal appliances. Photos that may incidentally depict owners' personal property do not convey that such items are included in the sale of the vessel unless specifically listed herein.

Please note this comments section is public. Please do not post your personal details here. To enquire about purchasing this boat, please contact the broker directly at jason@boatshedplymouth.com Please read our commenting guidelines before posting.